About our Diversity, Equity & Inclusion committee

With the support of the Firm's Diversity, Equity & Inclusion Committee, led by CEO and Managing Partner, Lydia Bugden, QC, our mission is focused on four key pillars:

It is our belief that diversity, equity and inclusion enhances the delivery of legal services to our clients through the respected and valued input of diverse perspectives, ideas and experiences.

We are proud to be an Employer Partner of the Canadian Centre for Diversity and Inclusion: 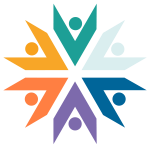 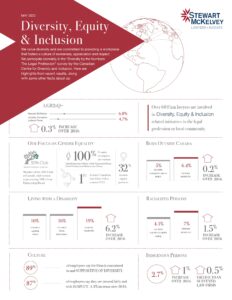 To see our diversity, equity and inclusion numbers at a glance, click the infographic above. 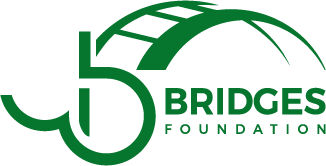 We are pleased to be a Foundation Five title sponsor of the JD Bridges Foundation – a bursary and mentorship initiative working to remove barriers for Black students interested in studying law.

The bursary program provides financial supports for costs associated with law school admission test and study materials, prep courses and the test itself.

Bursary recipients are also paired with a mentor to help them as they prepare, working to ensure applicants are as supported as possible.

Our Women's Initiative: The Libby Project

The Libby Project is an initiative dedicated to supporting our women lawyers in achieving their career goals, including:

The Libby Project was first established as the “Women’s Initiative”, and was renamed “The Libby Project” in 2021 in honour of the Firm’s first female lawyer, A. Elizabeth “Libby” Hoyt-Brown (1925-2009). In 1959, our predecessor firm in Saint John, McKelvey, MacAulay, Machum, became one of the first firms in New Brunswick to engage a female lawyer. Libby joined us and, in 1968, became a Partner. Libby was appointed Queen’s Counsel in 1982 and was made a life member of the Law Society of New Brunswick in 2000.

The Libby Project is chaired by Charlottetown partner, Jennifer MacPherson, and is supported by women lawyer champions in each province:

In 2008, Cathy Lahey, QC, was appointed Managing Partner of the Firm’s three New Brunswick offices, a position she held until 2016.

In 2015, Stewart McKelvey became first Atlantic Canadian law firm to have a woman as CEO and Managing Partner. That same year, all of the executive positions in the Firm were, and still are, held by women:

In 2020, Maureen Ryan, QC, partner in the St. John’s office, was appointed Chair of the Firm’s Partnership Board, another first for a woman to hold this position.

In 2021, Tauna Staniland, QC, was appointed Managing Partner of the St. John’s, Newfoundland and Labrador office.

In 2022, our Partnership Board achieved gender parity with 50% of the seats held by women:

Also in 2022, the Firm celebrated International Women’s Day (March 8) with a campaign centered around our women leaders, and what leadership means to them.

Click here to view an infographic on our progress in supporting our women lawyers.

Celebrating diversity at our Firm

We believe in taking an active role in our communities and supporting the diversity that contributes to the richness and vibrancy of Atlantic Canada. Stewart McKelvey is proud to participate in events that celebrate our diversity and support organizations that foster inclusion and awareness. We encourage the involvement of employees in promoting our uniqueness as people, places and cultures. 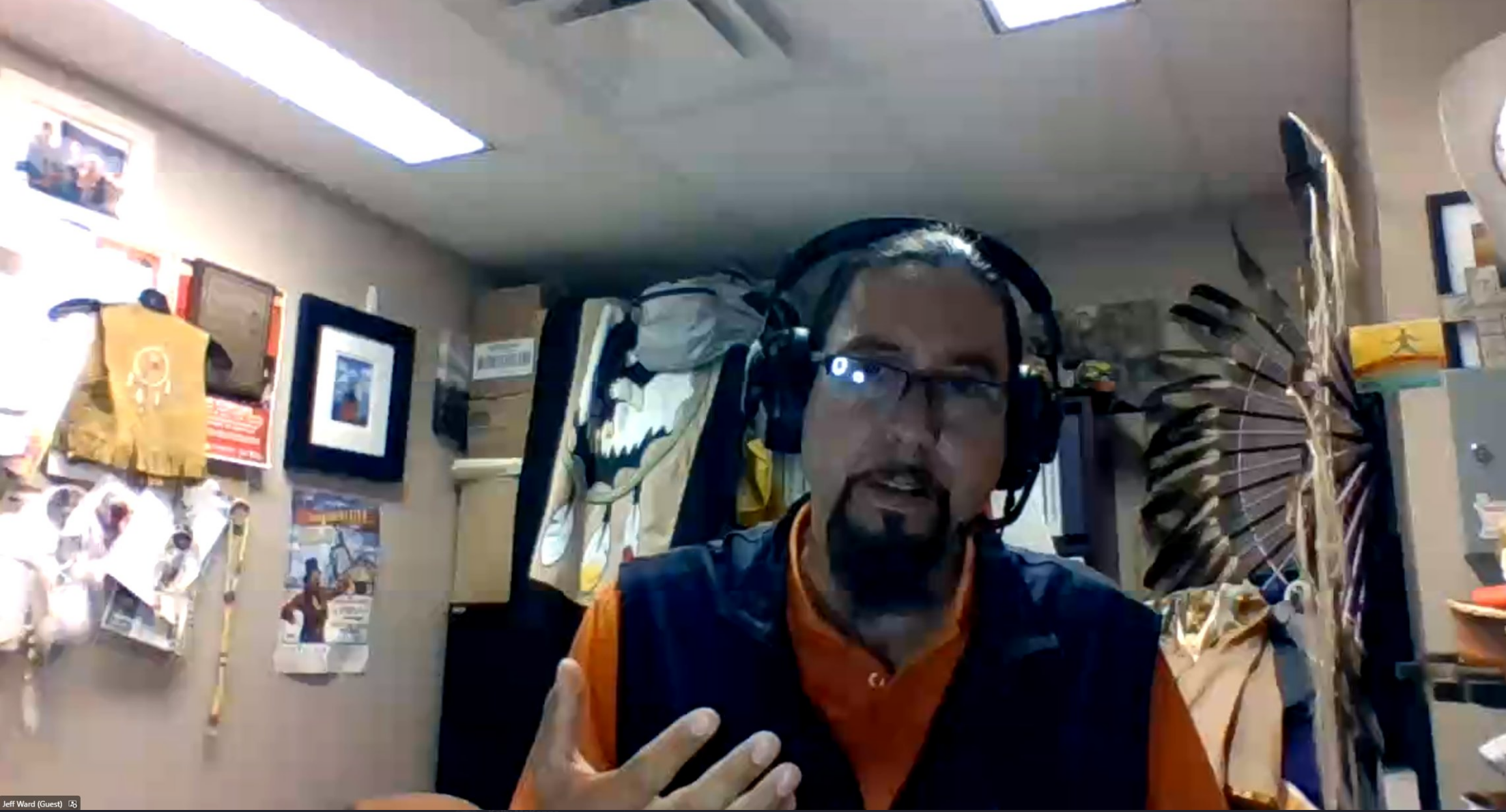 Ahead of the first National Day for Truth and Reconciliation, lawyers and staff heard from Jeff Ward, educator, musician and recent federal election candidate. Jeff explained aspects of First Nations history and culture, as well as the significance of language, community and traditions. (September 2021) 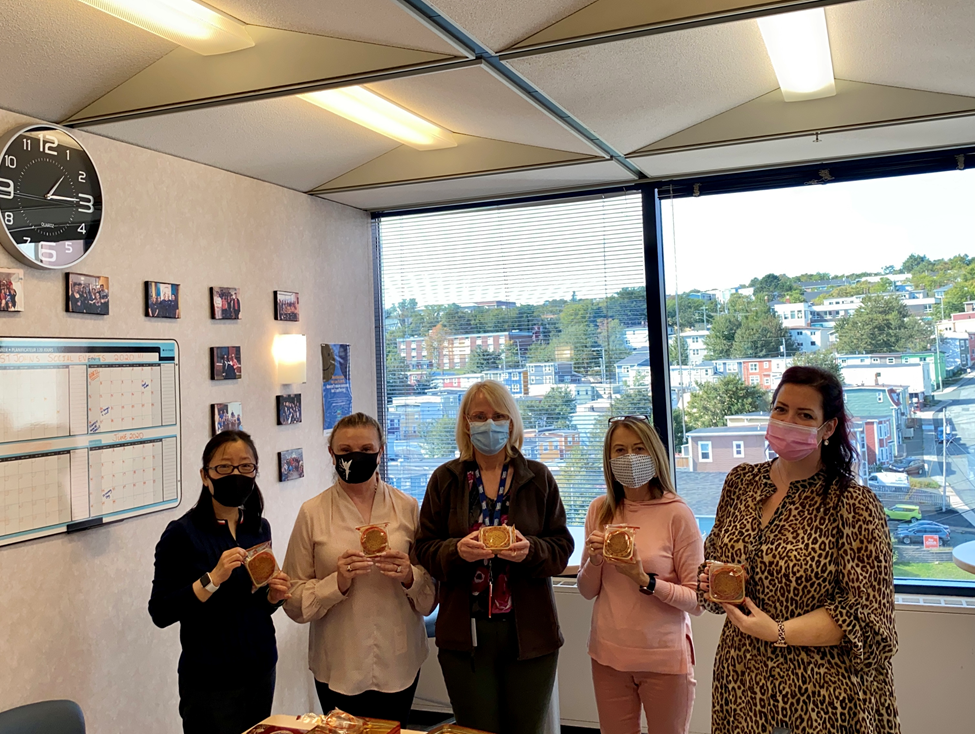 To celebrate the Chinese Mid-Autumn Festival, otherwise known as the Moon Festival, Kate Hao in St. John's brought in some mooncakes for us to try and shared some more information about this day spent with family. (September 2021) 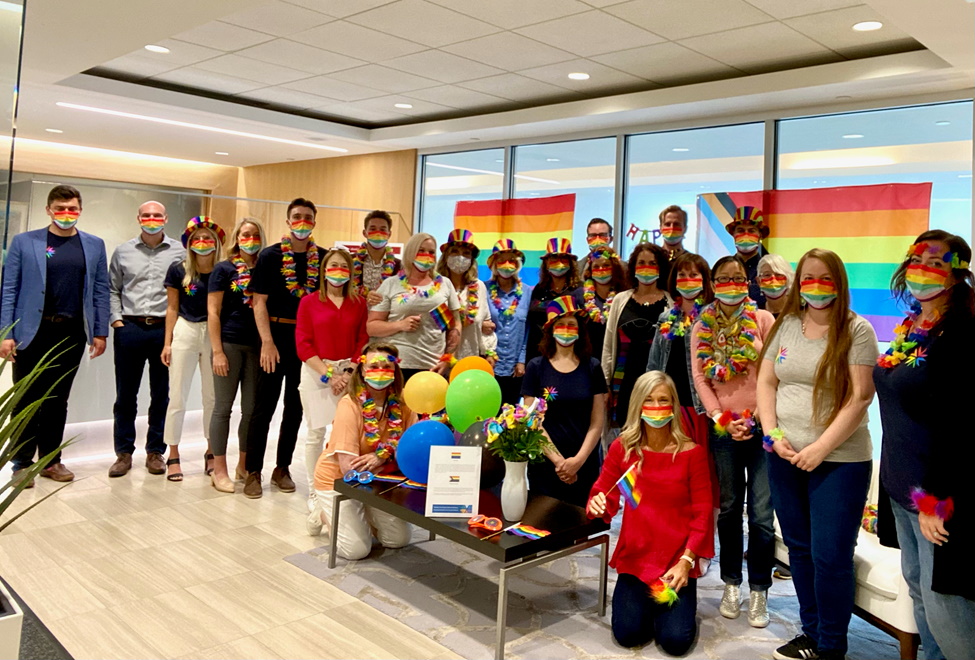 Our team wore their best and brightest to celebrate St. John's Pride and decorated our reception area for the week! (July 2021) 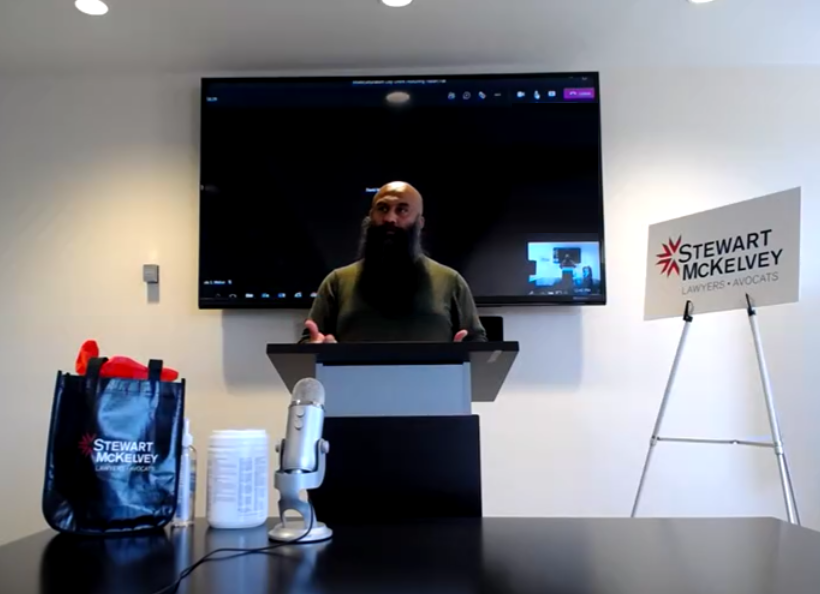 As part of National Indigenous Heritage Month, Jessica Cooper of our St. John's office set up a beautiful display in reception. (June 2021) 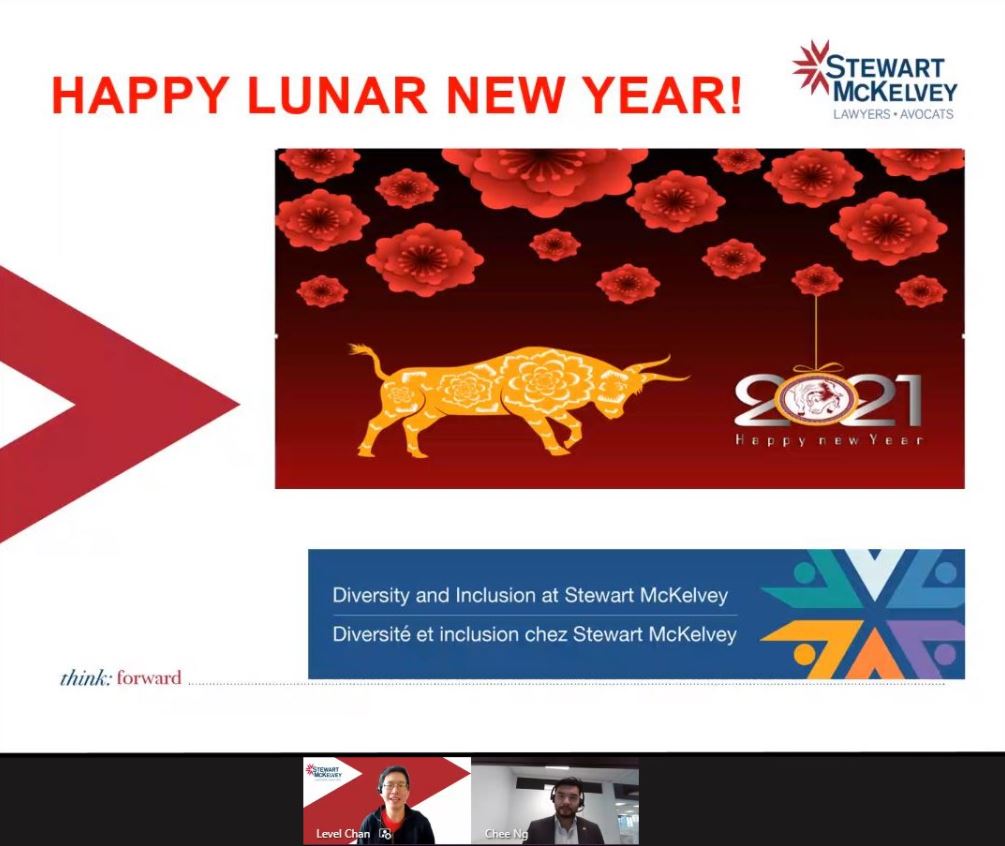 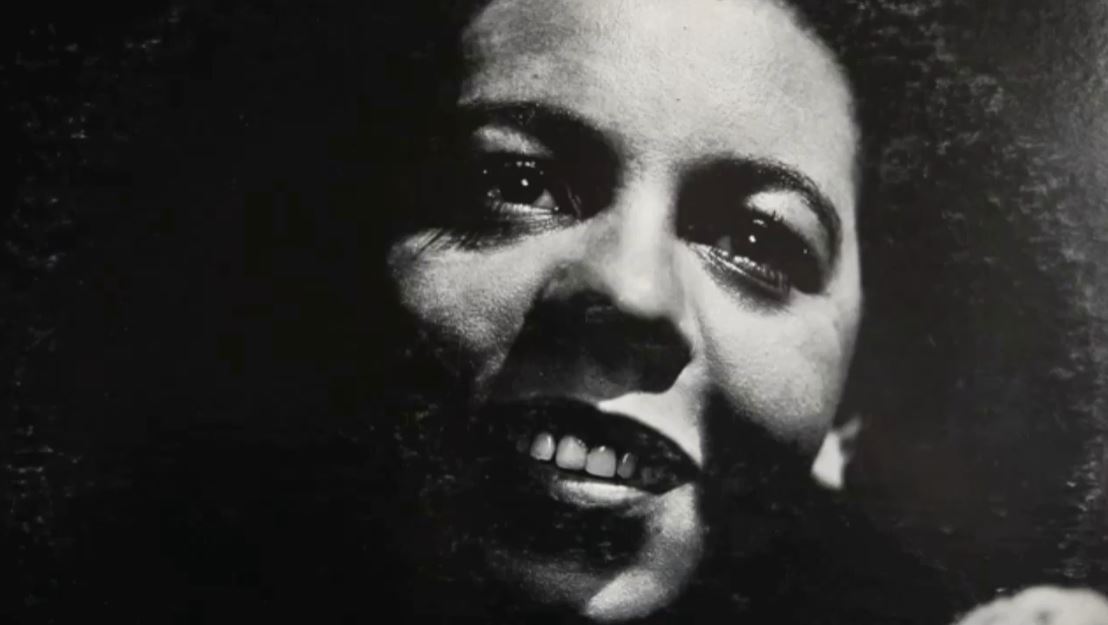 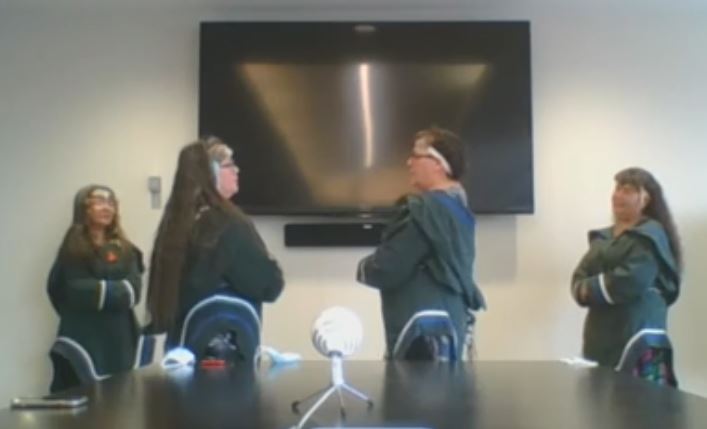 We hosted The Blake Sisters in our St. John's office for a special performance in celebration of Indigenous heritage, which was enjoyed by lawyers & staff Firm-wide. (October 2020) 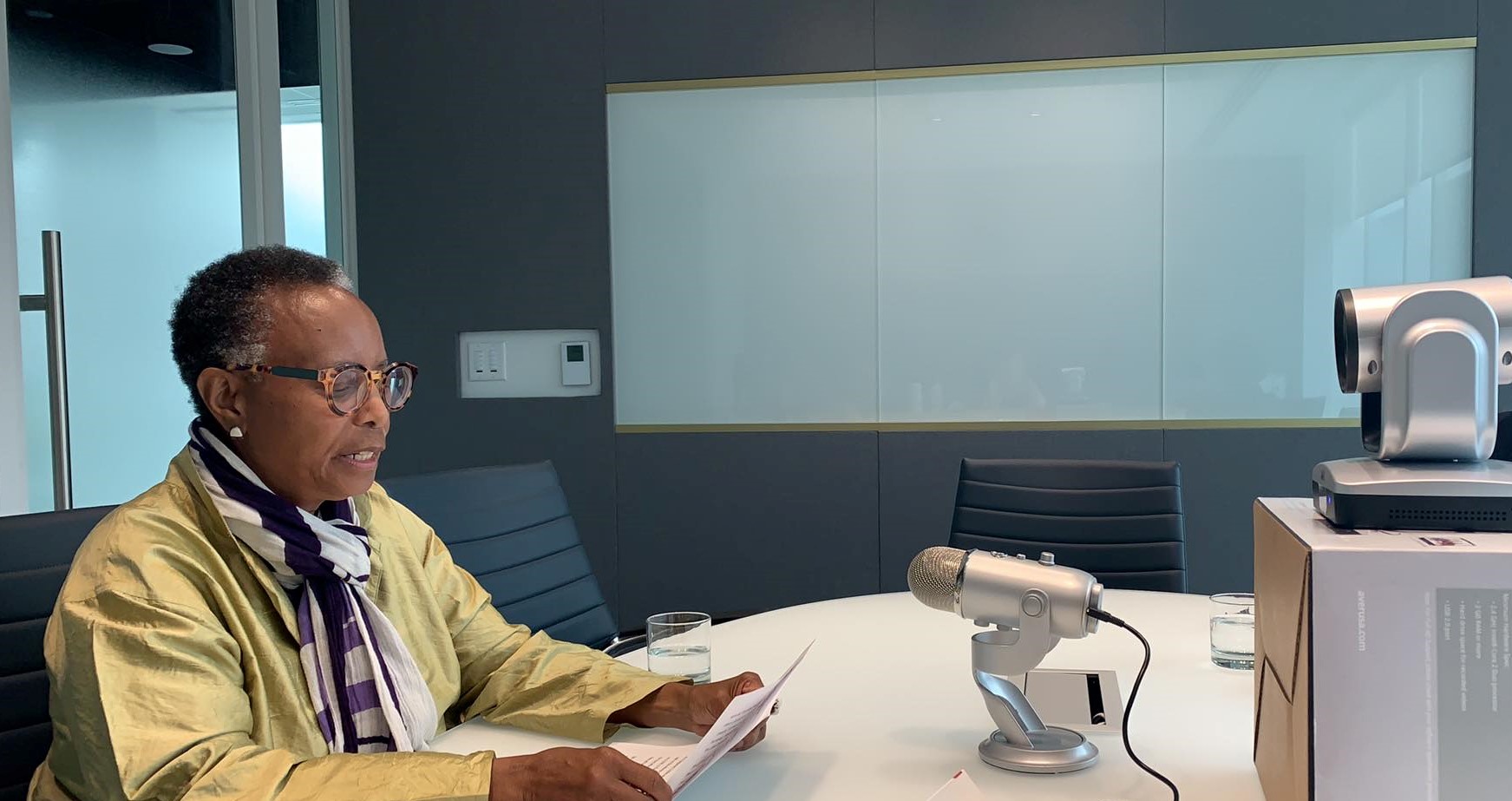 Our six offices came together virtually to hear from journalist Evelyn C. White, who discussed the 1963 Birmingham, Alabama church bombing and the transgender man who brought justice to the case (July 2020) 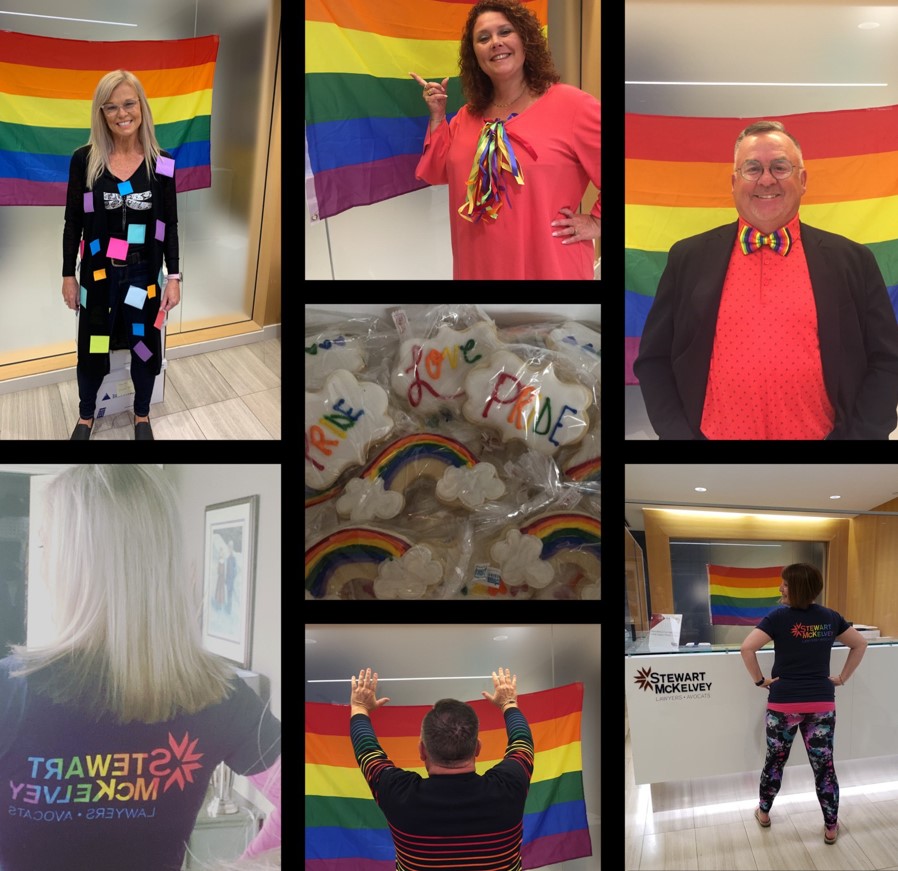 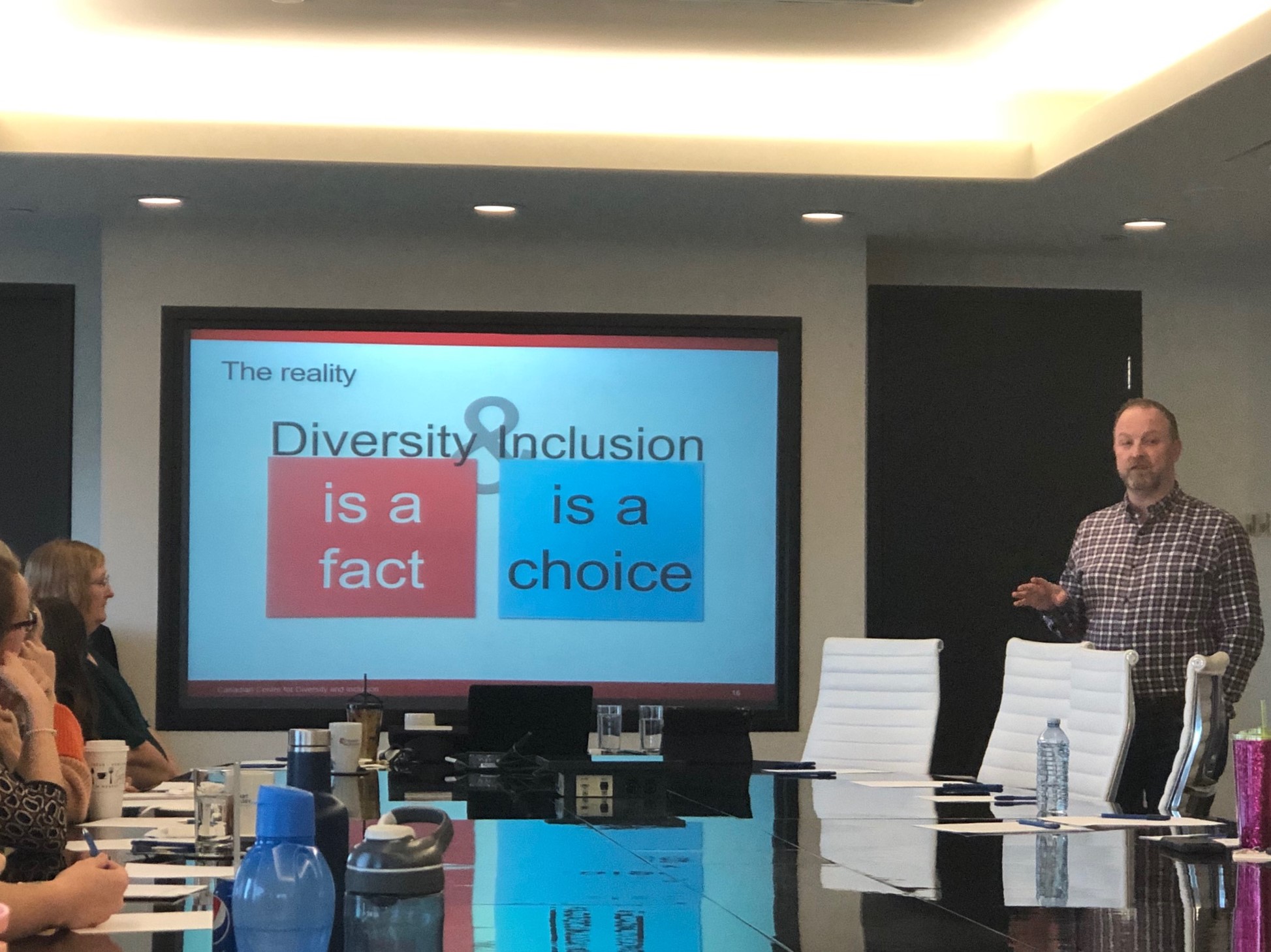 As part of our commitment to diversity and inclusion, we provided staff in all of our offices with unconscious bias training. (November 2019) 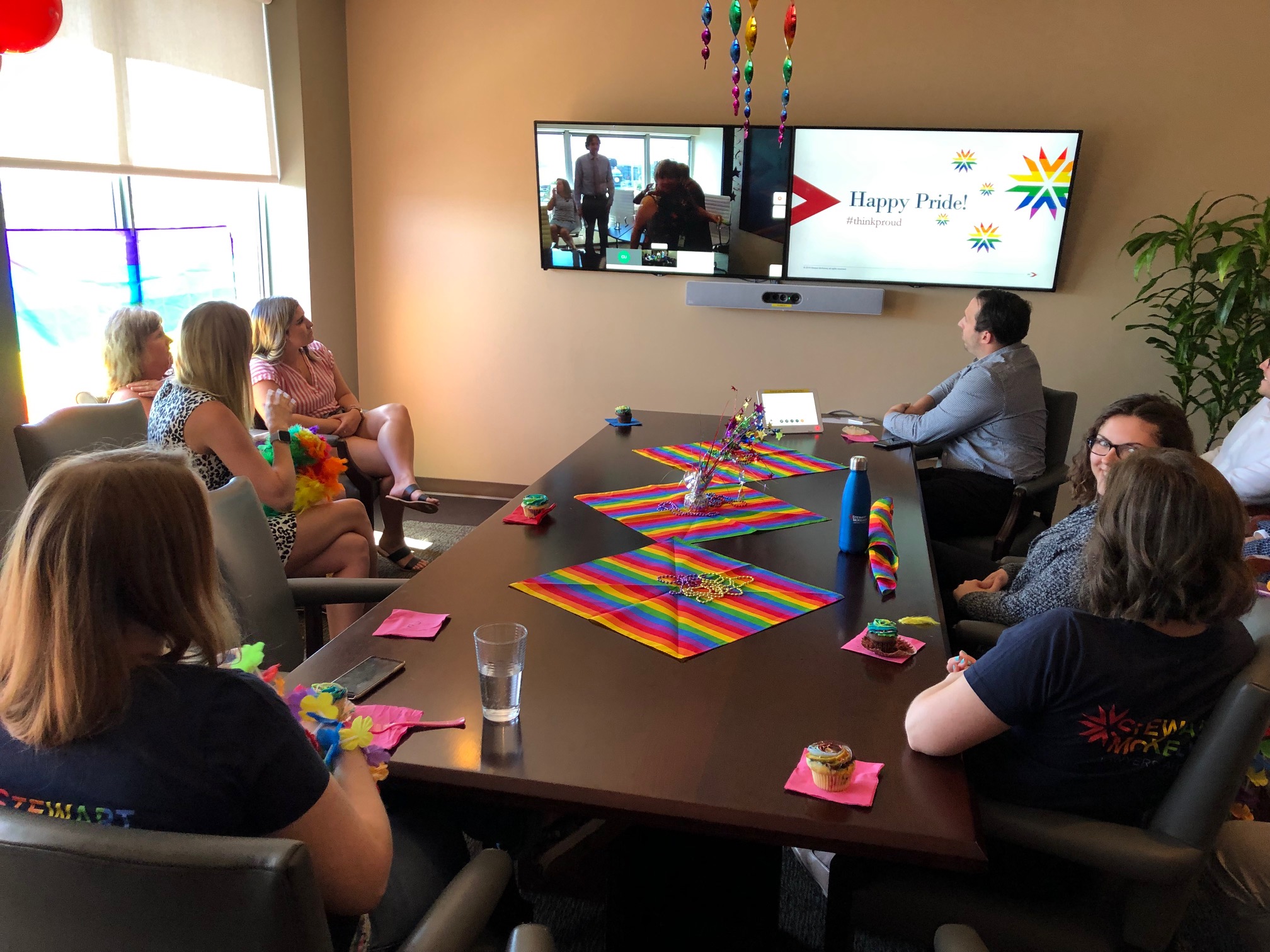 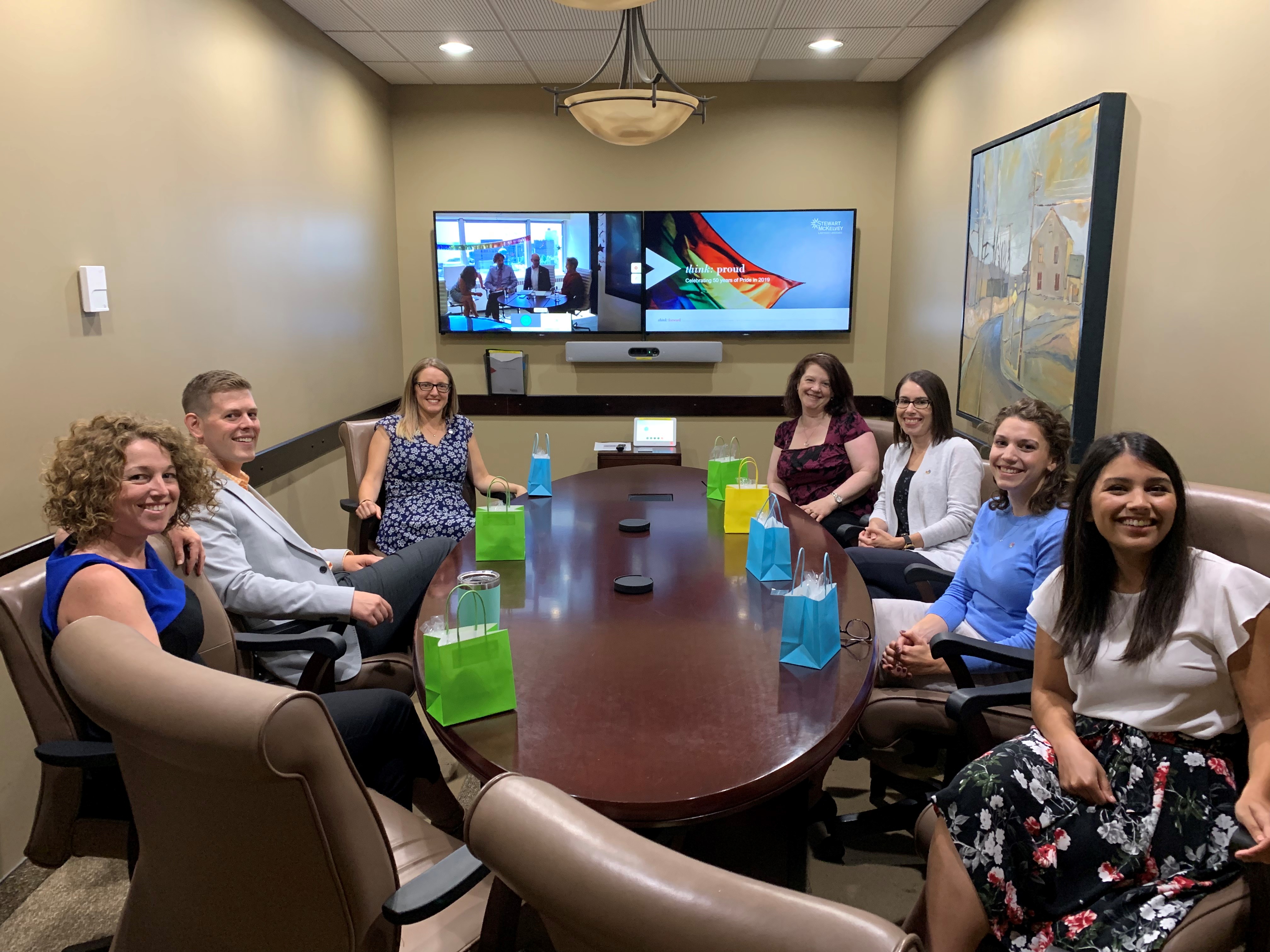 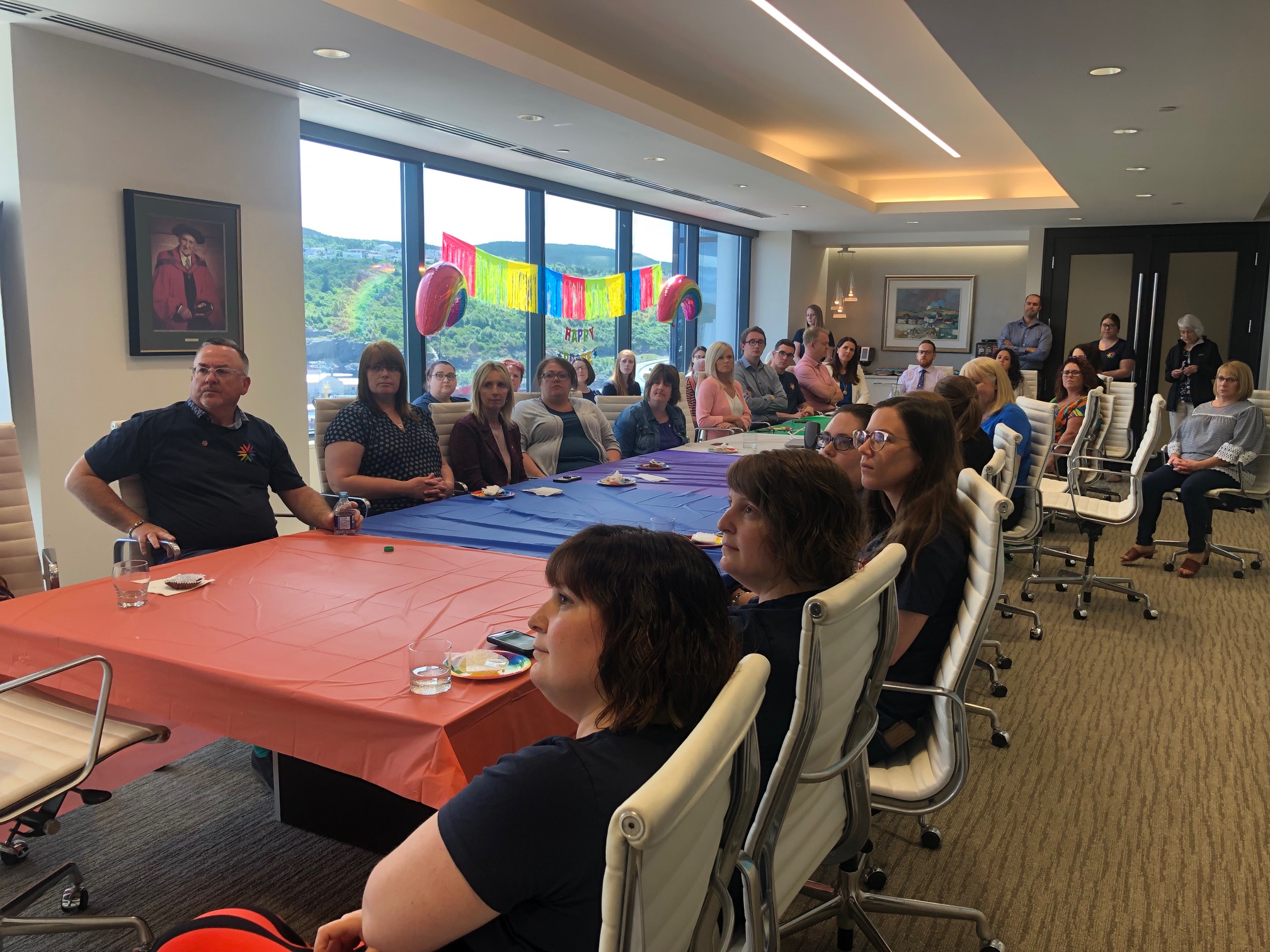 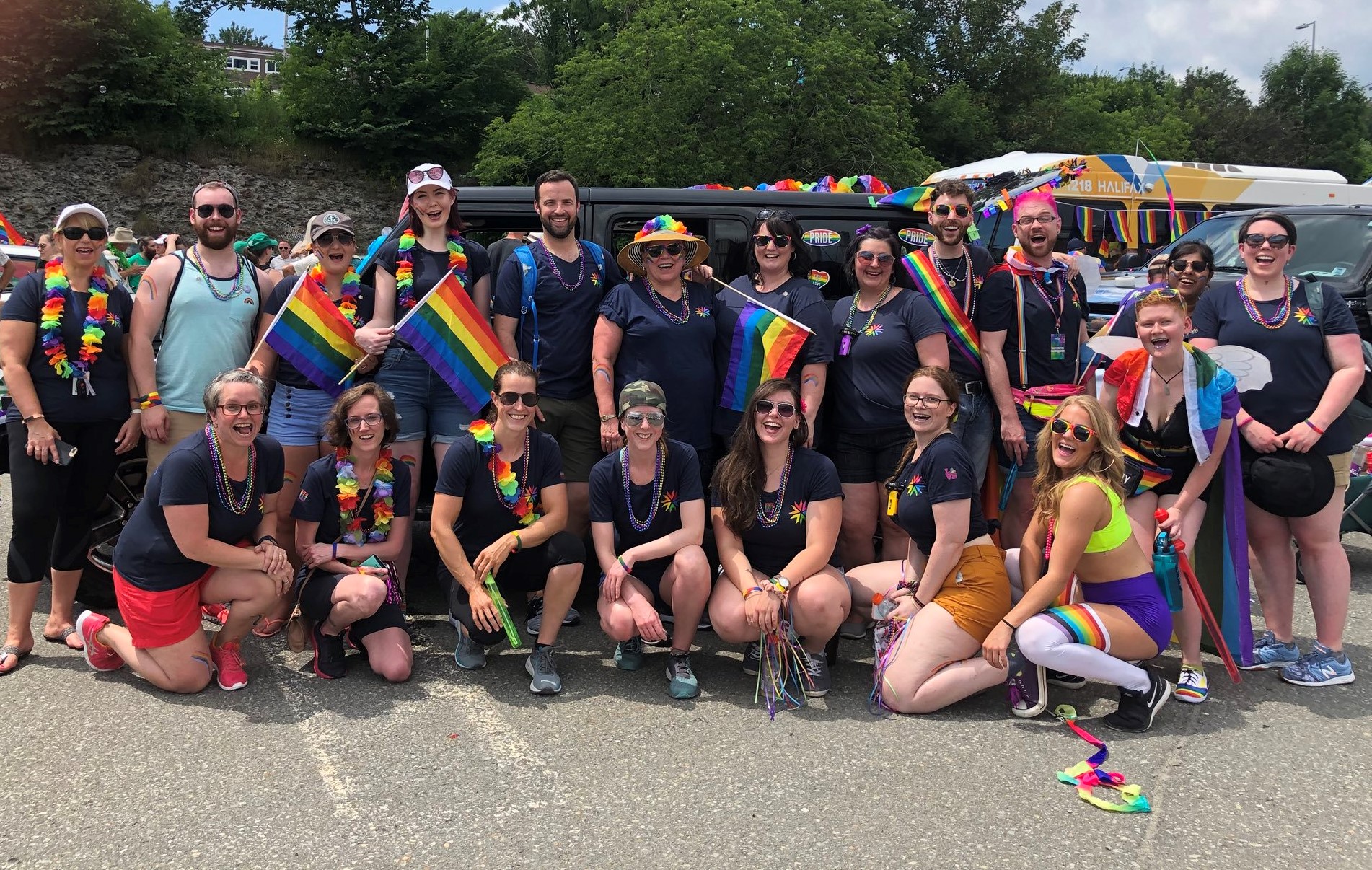 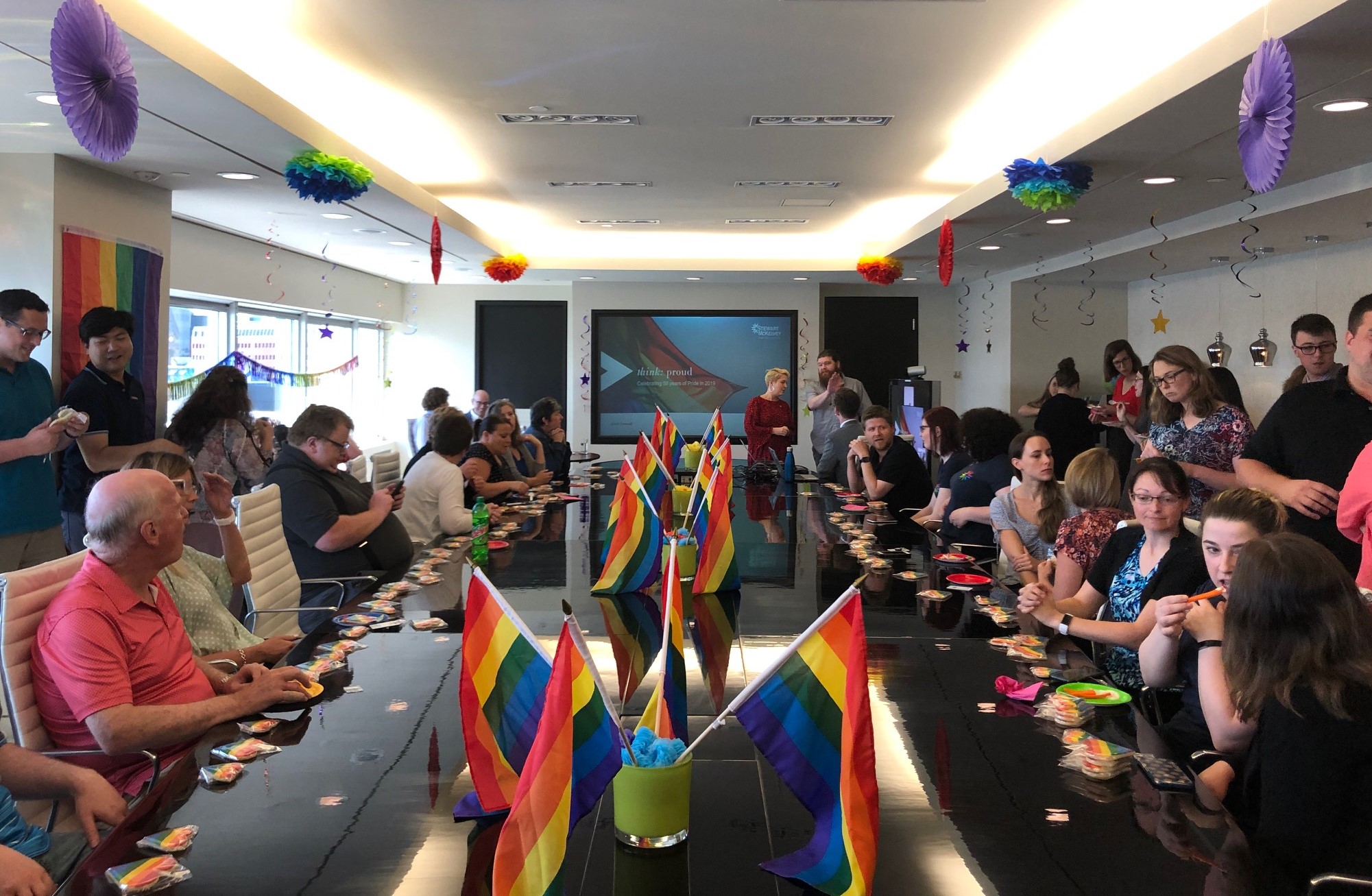 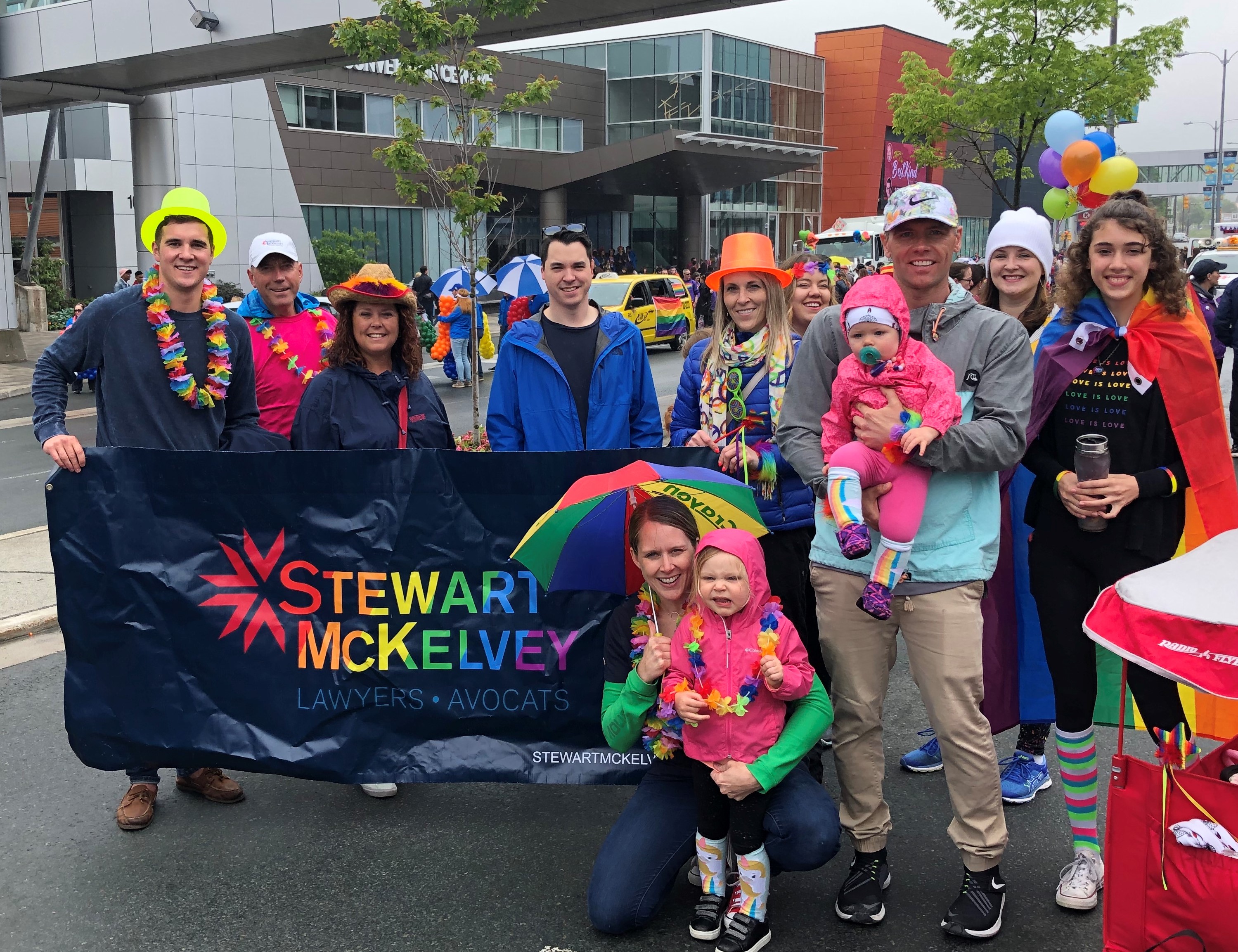 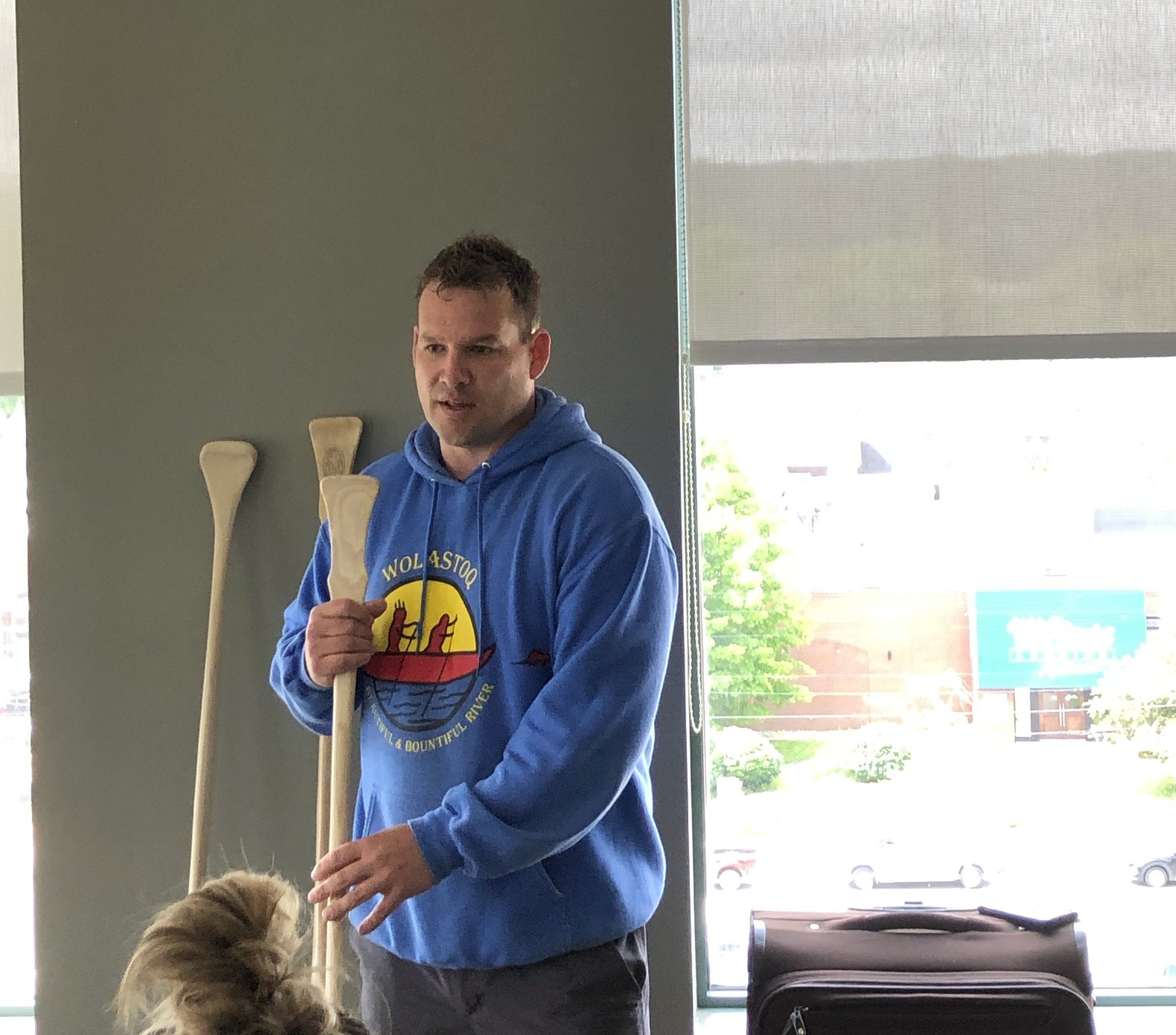 Lawyers and staff in our Fredericton office welcomed local Aboriginal artist Justin Sappier as part of Canadian Multiculturalism Day. Justin specializes in wood carvings and brought in some of his handmade masks and paddles for us to take a closer look at. (July 2019) 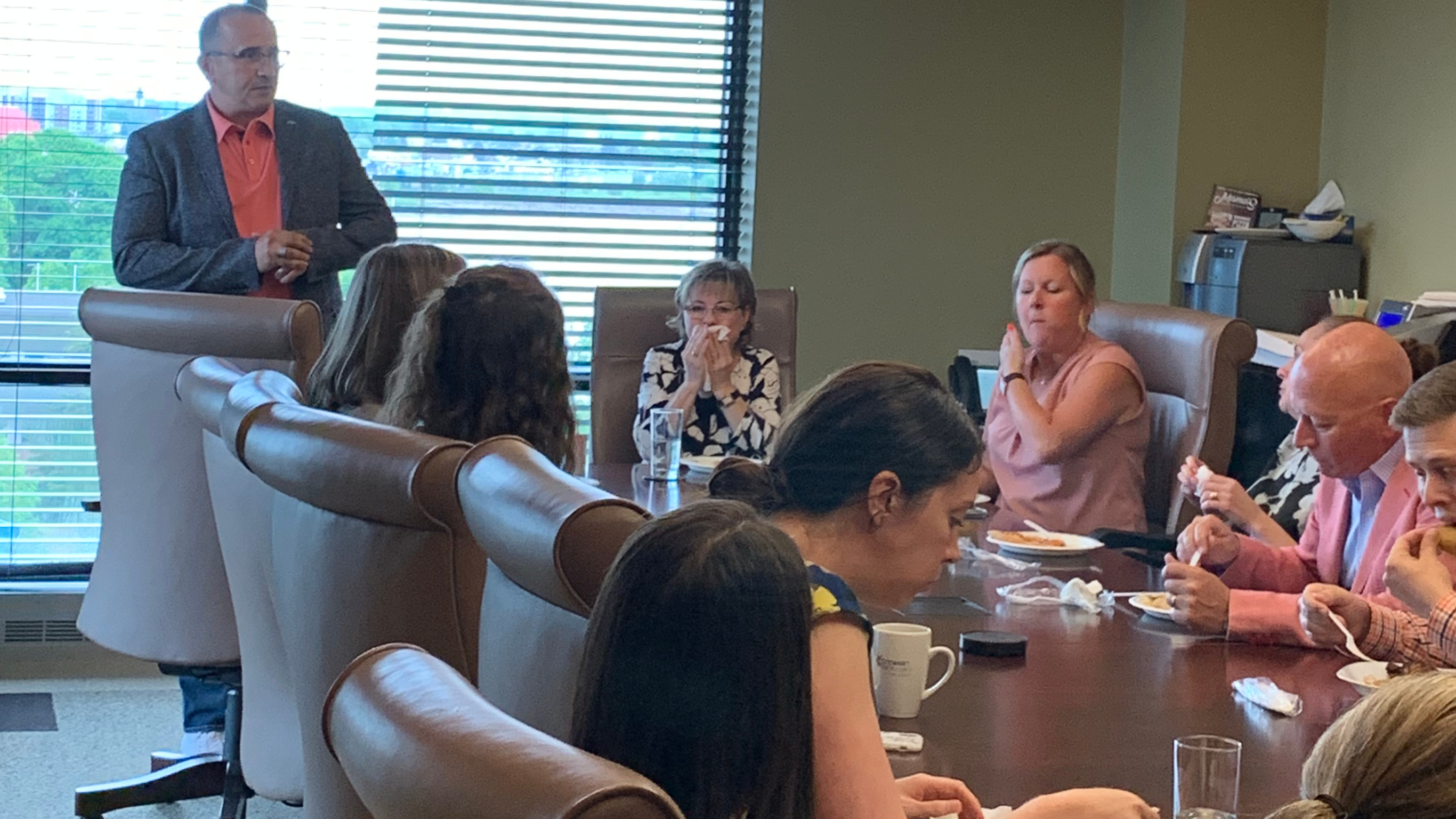 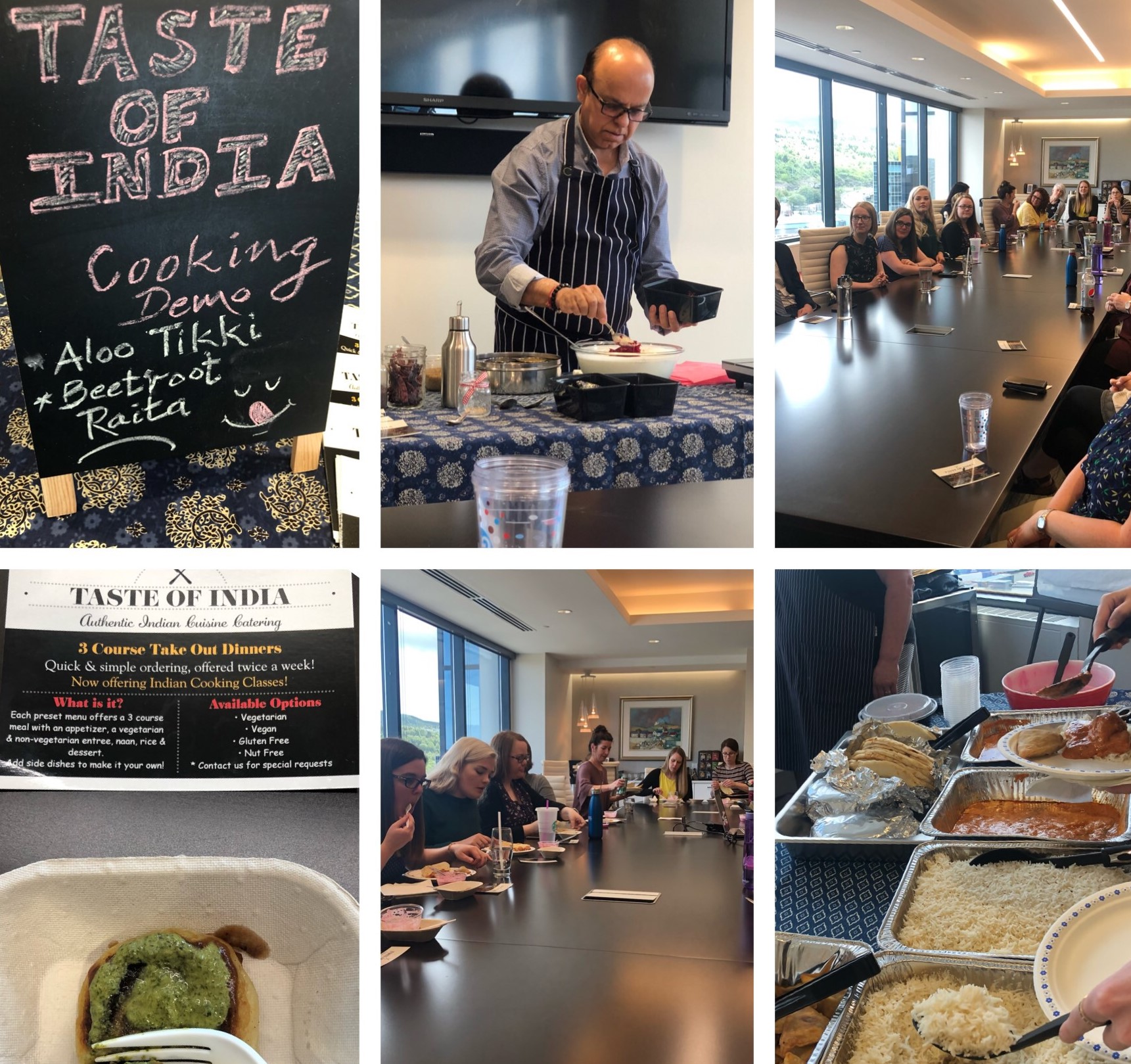 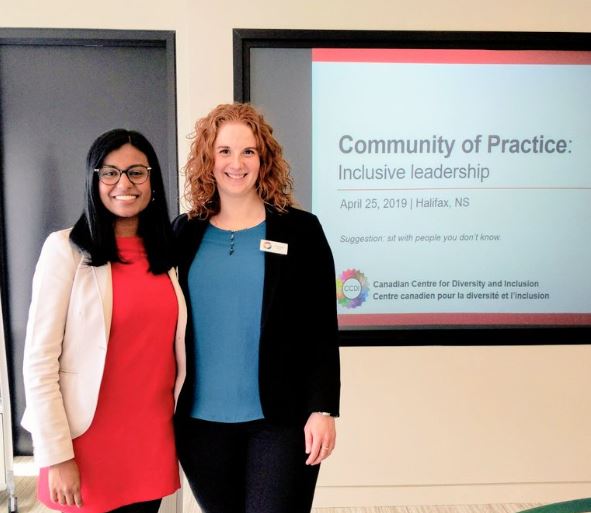 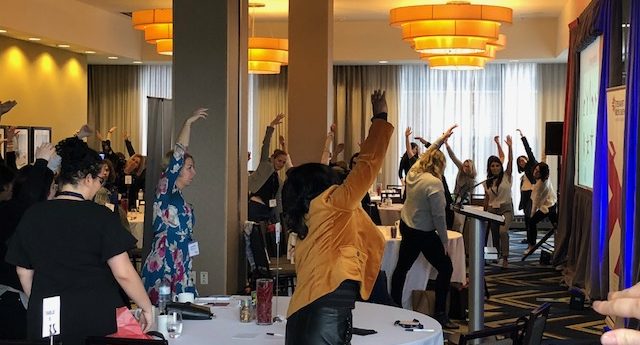 Women lawyers from across our Firm learned how to power up their inner winner with Olympian Karen Furneaux, as part of our 2019 Women's Initiative (April 2019) 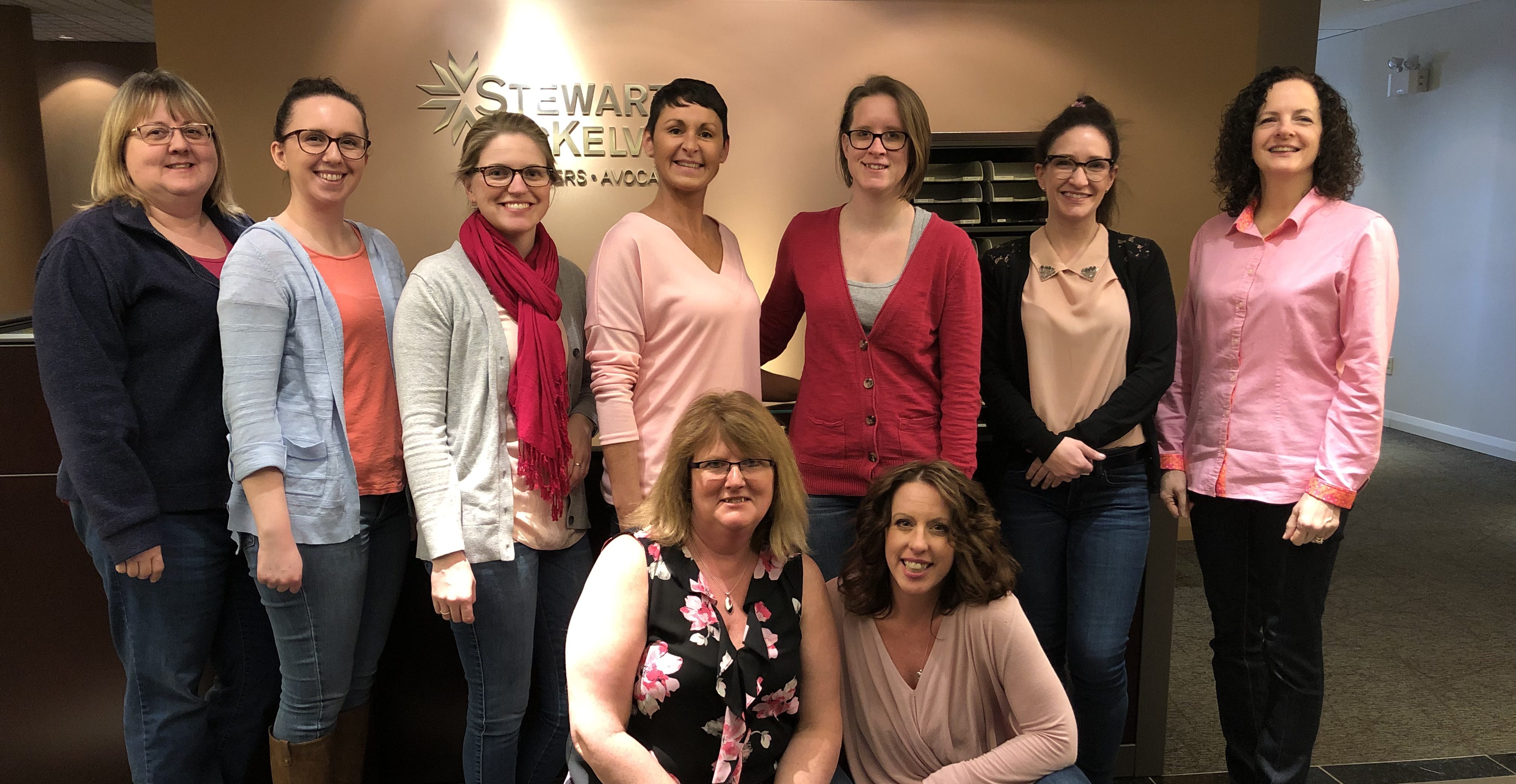 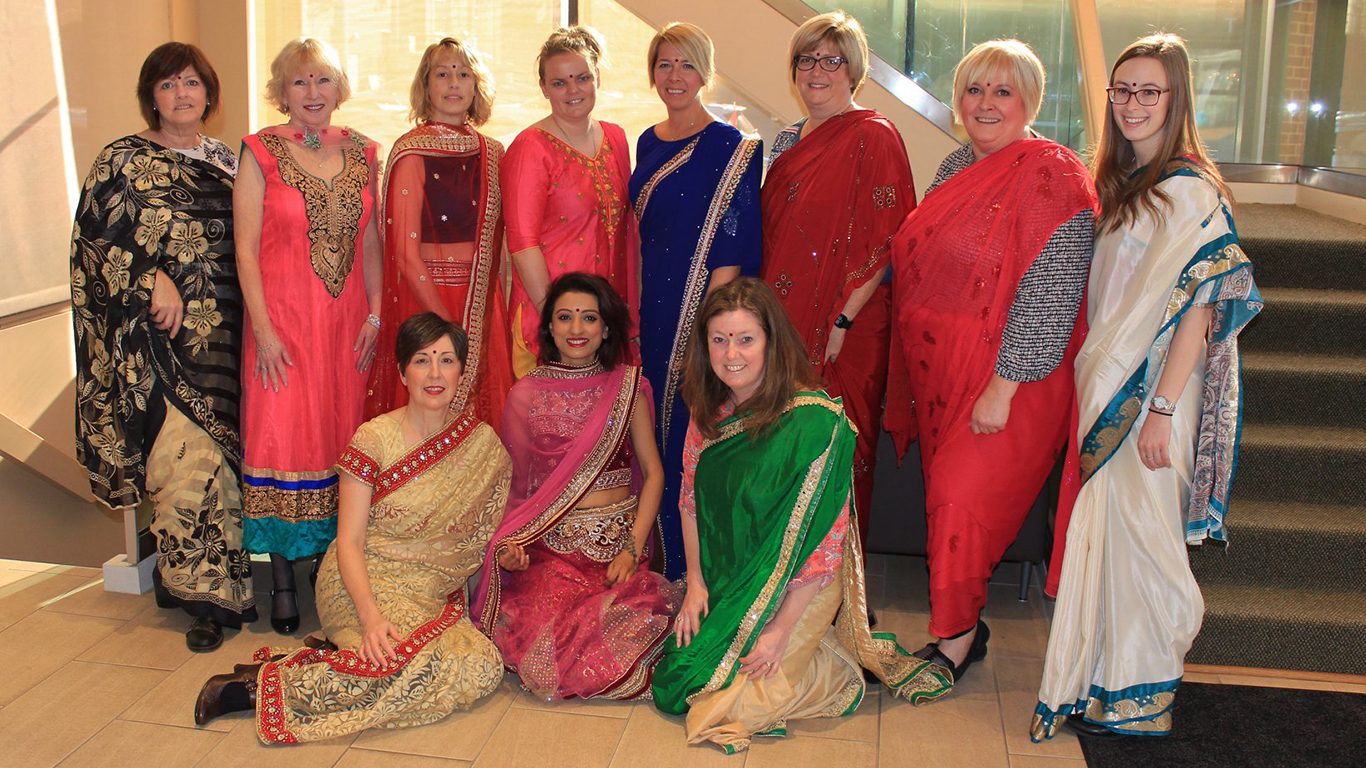 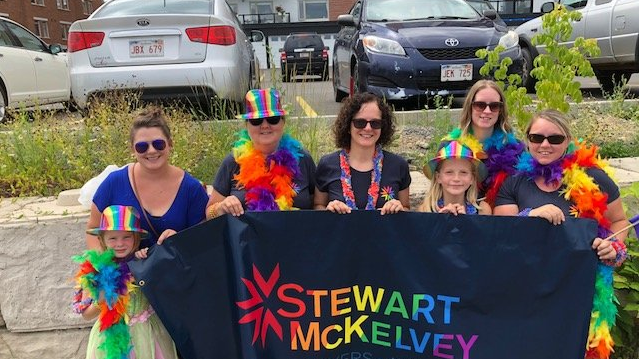 - Key findings from the 2016 “Diversity by the Numbers: The Legal Profession” survey by the Canadian Centre for Diversity and Inclusion.

Stewart McKelvey uses cookies to improve user experience, and analyze website traffic. We may share your site data with our analytic partners, however this data is anonymous and does not identify you personally. By clicking “accept”, you agree to allow cookies to be stored on your device. To find out more, please visit the cookies section of our Privacy Commitment Notice.

Stewart McKelvey uses cookies to improve user experience, and analyze website traffic. We may share your site data with our analytic partners, however this data is anonymous and does not identify you personally. By clicking “accept”, you agree to allow cookies to be stored on your device. To find out more, please visit the cookies section of our privacy policy.
Necessary Always Enabled
Necessary cookies are absolutely essential for the website to function properly. These cookies ensure basic functionalities and security features of the website, anonymously.
Functional
Functional cookies help to perform certain functionalities like sharing the content of the website on social media platforms, collect feedbacks, and other third-party features.
Performance
Performance cookies are used to understand and analyze the key performance indexes of the website which helps in delivering a better user experience for the visitors.
Analytics
Analytical cookies are used to understand how visitors interact with the website. These cookies help provide information on metrics the number of visitors, bounce rate, traffic source, etc.
Advertisement
Advertisement cookies are used to provide visitors with relevant ads and marketing campaigns. These cookies track visitors across websites and collect information to provide customized ads.
Others
Other uncategorized cookies are those that are being analyzed and have not been classified into a category as yet.
SAVE & ACCEPT
Scroll To Top